In my adventures of breastfeeding, none have been quite as interesting and complicated as tandem nursing a newborn and a toddler. And even as I sit down to type this now, I am on the verge of my own momma meltdown just thinking about the struggles I am having with my toddler and the possibility of weaning her. It’s not easy, but it has definitely been an experience I become proud of. 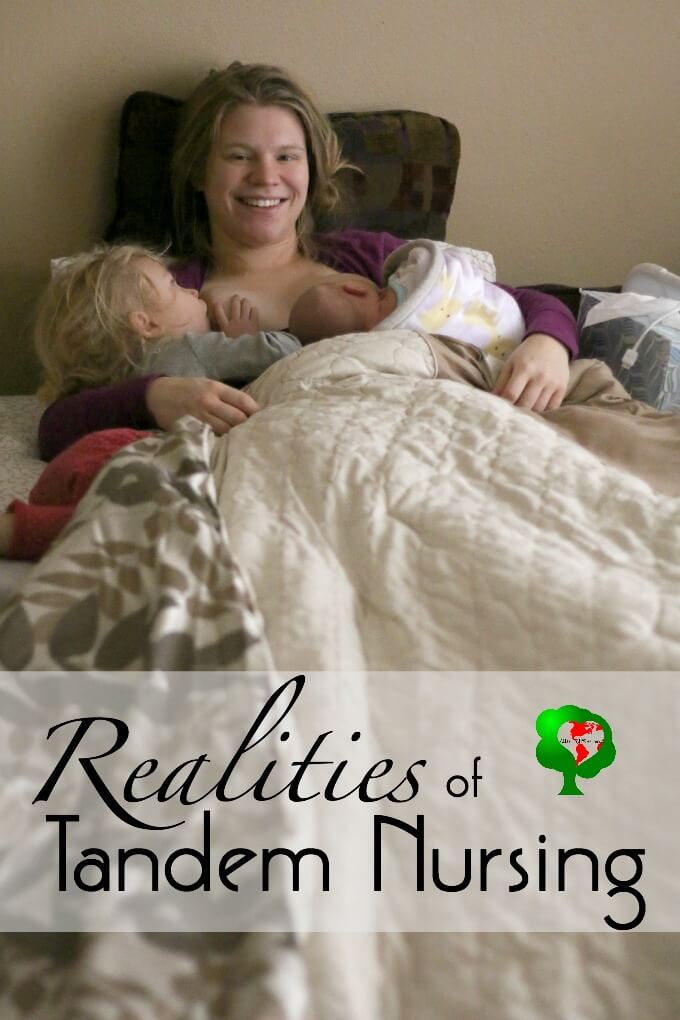 Affiliate links included to offset our family’s expenses including groceries and even to pay for my home birth!

What you should know about Tandem Nursing a baby and Toddler

Here are just a few tandem nursing tips I compiled over the last few months of breastfeeding both my toddler and newborn. While my older daughter gets milk very rarely now, it’s the great consoler when all else fails during the tormenting “twoddler” to “threenager” in-between-y tantrum stage.

Be able to recognize when nursing your toddler is harming your newborn nursing relationship. And be able to stick to what you say when you tell your toddler they are going to have to wait or that they cannot nurse at the same time as the baby.

If you get sick, nurse through it, but be mindful that if you’re not producing as much, the toddler may have to cut down on their feedings at least for a time. I have had both food poisoning and gotten sick while tandem nursing and the best thing I did was explain to my toddler that sister needed milk more than she did. Sometimes we even negotiated treats to help offset the upset feelings.

Be ready to set even clearer boundaries than you did before with your nursing toddler. Set clear cut boundaries as to when your child will nurse. Let them know that baby needs milk and they are privileged enough to be able to eat other food and drink other drinks.Also, Decide when & how long your toddler will nurse. I Started using the phrase “Almost done” to give her a cue that she needed to wind down her nursing time. She would know that shortly, I would begin counting to 5. At 5, she would have to stop. It helped cut down on meltdowns because there was a clear expectation. She knew that I would not abruptly take milk away without warning her. (Funny side note is that she would start trying to get as much milk as possible in those 5 seconds). Expect meltdowns. Whether it is from jealousy or because you can’t take how your toddler nursing feels and need some space, there will be some conflict, even if just mild. So be ready for it. I always like to expect the worst so anything that happens is better than I thought.

Get your child a doll to nurse. Let your older child feel like they have a place. They can nurse their baby doll while you feed your newborn. This helps everyone feel special and gives a bit of peace and quiet every now and then. 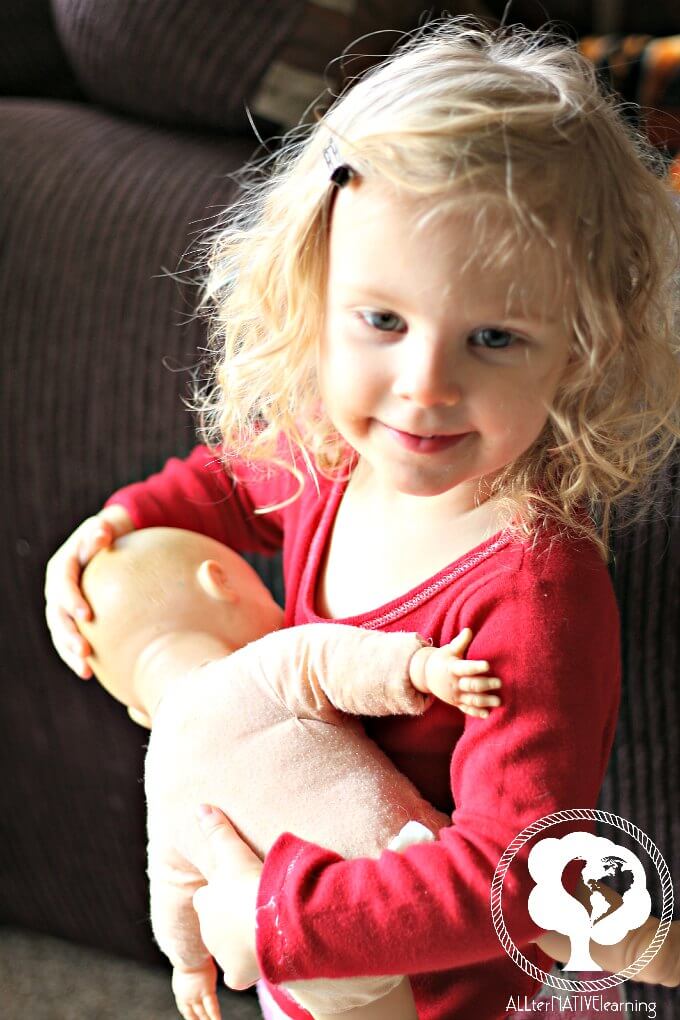 What I didn’t expect when Tandem Nursing