Before my first daughter was even born, I decided that my goal would be to nurse her at least until she was two and then go from there. I am the type of person that needs to make nothing else an option and be completely goal oriented. So even 729 days would not have been enough because 730 days was the goal. The “problem”? We got pregnant again and nursing through pregnancy has been reminiscent of the pain in those first weeks with a newborn… except now she is twice as tall and has teeth. So I made the decision that I was going to endure any pain, discomfort, and inconvenience to be able to at least make it to our goal. And this meant breastfeeding through pregnancy. 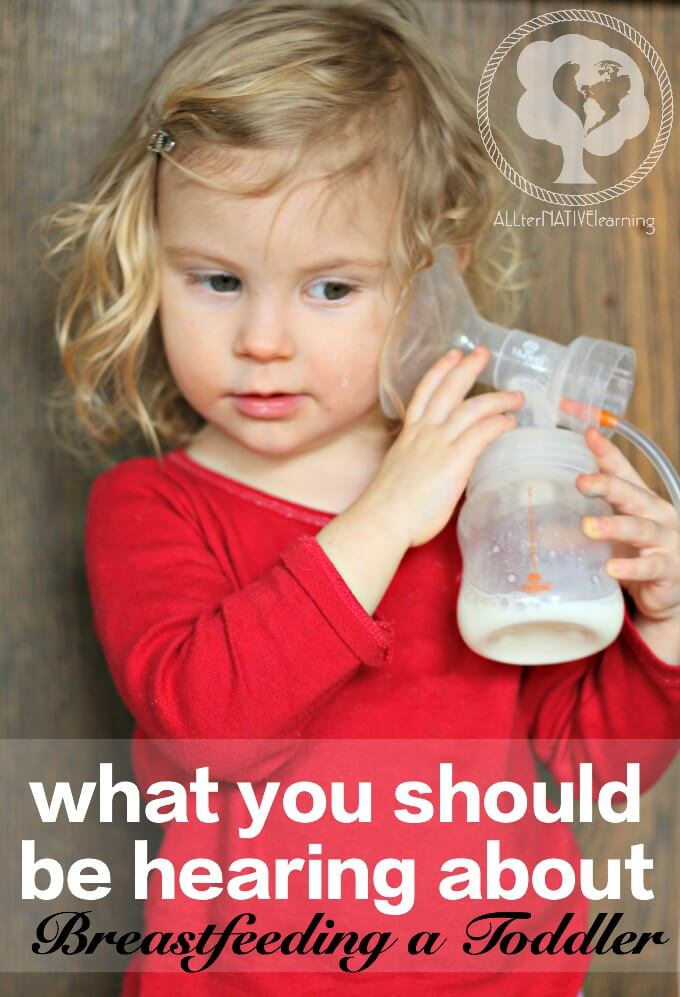 Affiliate links included for your convenience.

Why Choose Extended Nursing and to Breastfeed a Toddler?

So first, why did I decide to nurse until at least two? Plain and simple that the brain and the immune system both complete the first building block at age two. This was a no-brainer for me that I wanted to give her the best start that I could.

My toddler finds comfort in nursing and having “momma milk”. Plus, there is nutritional value in giving her omega fatty acids and other nutrients in the milk. Worldwide, the average age for weaning is age two and historically, kids have self-weaned and benefited from both the bond it brings to the mother-child relationship as well as the nutrition. The Management of Breastfeeding chart shows that you can breastmilk for toddlers provides many key vitamins and nutrients! But this is all the more reason moms should be one prenatal vitamins and supplements to support giving up those nutrients to their toddler. 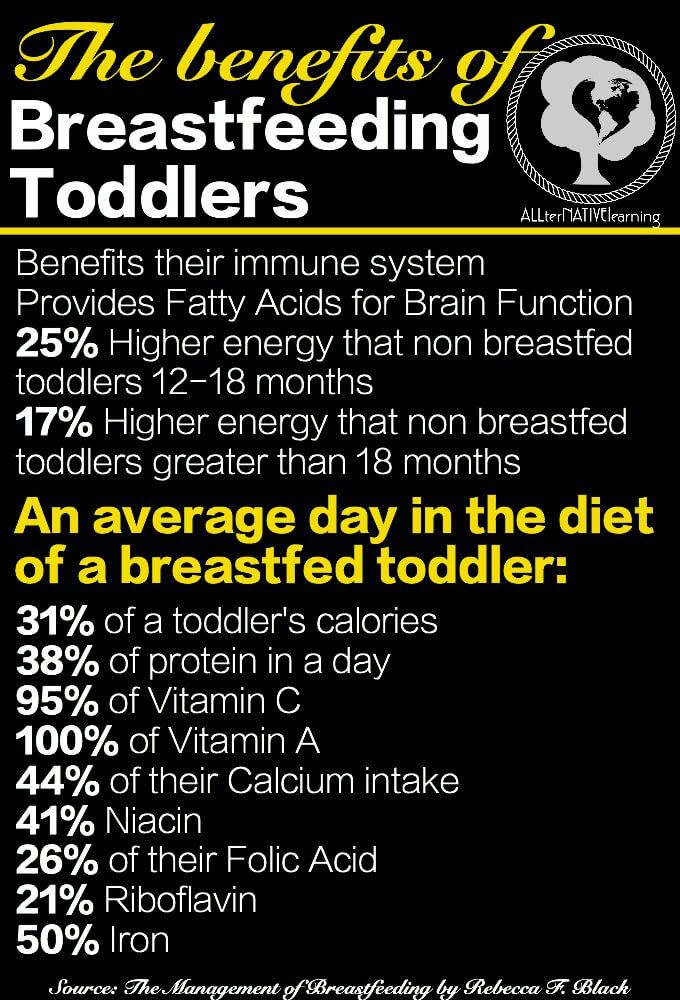 While I am not necessarily shooting for a genius or Einstein-status, I am trying to give her brain the fat and fatty acids it craves to grow and give her a start that I know I won’t regret later in life. Plus, we all want the very best for our kids and if there is no harm and only gain, I cannot argue with that.

My daughter many times likes to nurse because she either wants it to calm down before a nap or maybe she just wants to get my undivided attention. And let’s be honest, sometimes it is about attention, but we are all relational beings. So many times, we have giggled, read, and learned a new concept while nursing and she knows that I am all hers in that time… even if it so badly hurt while I was pregnant because of all the hormones.

What to expect while nursing through pregnancy

Dreaded pregnancy hormones can wreak havoc on the non-nursing mother, but to continue to nurse through nine months has been so difficult. Tender nipple is always a pregnancy symptom, but the label for pregnant while nursing symptom should read “nipples feel like they are on fire or full of needles”. It has come and gone, but now that I am near the end of my pregnancy, it’s gotten worse.

I have felt completely touched out many days. This mainly became an issue in the second half of my pregnancy. I had a baby gymnast inside of me, toddler gym-nurse-tics happening outside of me, a husband who wanted me, and emotions to feel completely inadequate. Those days when feeling touched out and emotionally a wreck, those were the days when I would not want to nurse and when sometimes I would feel bad for having to tell my daughter she would have to wait until later in the day to get milk (note, she was only getting milk about 4 times in the day anyway, but those days it was once or twice). BUT, then when she would get milk, she acted as if the heavens opened up, bringing her momma back to her. Melt. My. Heart.

I have said so many times that I have wanted a break, that “I can’t do it anymore”, or “I am so done, but I’m not done”. They are all true statements. I have wanted so many times to throw in the towel. So maybe you will quit. I was just too stubborn to not meet a goal, and tandem feeding is just one more goal that I secretly made to myself when I found out I was pregnant. [And it IS possible to reintroduce milk to a child after the baby has been born if you quit and want to still tandem feed].

How We Prepared to Tandem Nurse

At 22 months, we went through the journey of not allowing my daughter to have any milk from 11pm to 6am. You should also know that we bed share and for almost 2 years we did even own a crib. So for 22.5 months, my daughter was crawling over to me or laying on top of me, or snuggling beside me to get milk while I slept. And that was no problem because for awhile I slept through it. Then, when nursing would hurt so bad that I woke up, there was a time for a change. On top of that, nursing two children through the night is not for me.

Even though my toddler could easily nurse as much as a newborn when the baby got here, I knew how long she could go without and when she really and truly felt desperate to have milk. Most of the time, this was before a nap and right before bed time. (Though I found the one before bed time became hard with baby. But that’s for my Tandem Nursing post to come…)

Instead of me being her primary everything at night, her dad stepped in to take many of those roles. He goes through brushing her teeth and prepping her for bed and then she turns out the light, turns on her cloud B turtle, nurses on each side once, and then is told it is nighttime and “No more nursing”. This is to help set the boundaries of how long her nursing should last and how much she gets. Because hopefully it helps with boundaries when baby comes. The turtle has helped because now she looks at the stars and moon when she hasn’t fully gone down for the night.

After two years of straight #bedsharing, last night we attached a side-car crib. It was a “half” success and she is claiming it as her bed! #PreparingForNewBaby #kbnmoms

We also got a crib for the first time, and we made it a side-car to the bed. That, along with her own blanket and a travel-size pillow and she has her own space. We talked this up and made it special and exciting. So now when she is looking at the stars she is at least on her dad’s side of the bed if not on her own mattress.

I am ready for my toddler to want to nurse like a newborn. And really? I am hoping that means maybe she will get a little extra fatty milk and I will see a little less engorgement. I just do not want to be naive and think that anything will be easy or stay the same when baby number two makes her debut.

A version of this was published on OKC Moms Blog Prior to the birth of my second child.