Because it is a huge part of our life, I thought it would be a great time to discuss why we bed share with our kids. I know that for many this is a very controversial topic and that many have their very strong opinions on both sides. That’s why I have chosen to talk about it. Not because I want to cause a stir, but because for me, it’s not a decision that I made for anyone but my family. It’s one that suits our family well, and that’s the point of parenting – doing what works best for you and your children. 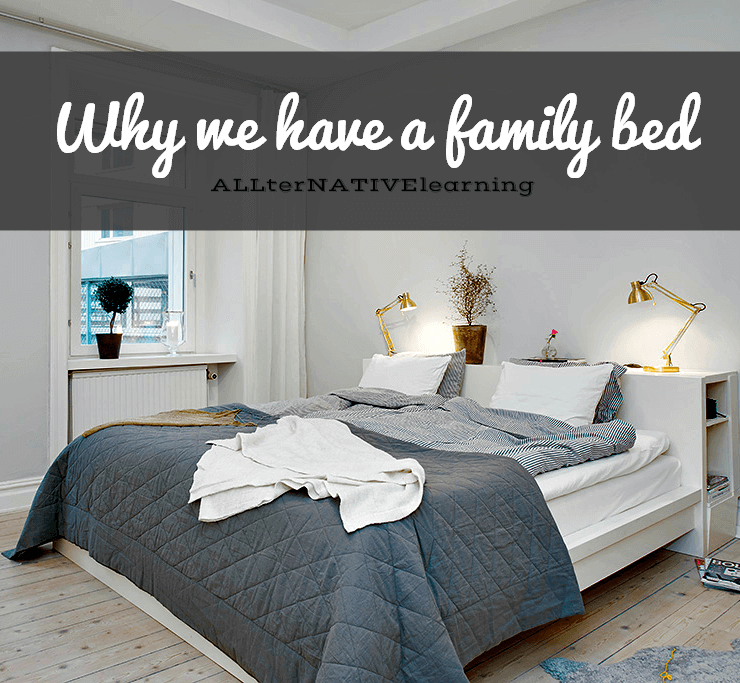 You should first know that my husband was actually the one to suggest that we co-sleep and bed share before my daughter was born. He explained to me that had talked to this woman who still had a 3 year old in their room and when he said that, I think I laughed. I legitimately think i fake laughed and wrote him (and the lady) off as completely crazy. There was NO WAY our infant, our baby, or our toddler would be sleeping in our bed let alone the same room as us.

Then I started thinking about it. In my mantra of sustaining an eco-parenting model, I realized that if we did cosleep and bed share, then it would mean less purchases and materials used in terms of not having a crib. That was when I started to seriously consider it as an option and research the facts for myself.

The more I started researching the facts and exploring the experiences of others, the more I found that co-sleeping and bed sharing was far more prevalent than I realized. Because of the campaigns and news stories it had just become something that parents did not talk about. They brought the baby in bed with them on hard night, for a certain amount of time, or indefinitely, it was still something everyone seemed to not want to talk too much about as if the parenting police were going to come take their baby. It was in these moments, pre-motherhood, that I discovered how harshly other parents judged the parenting practices of others that did not align with their own. 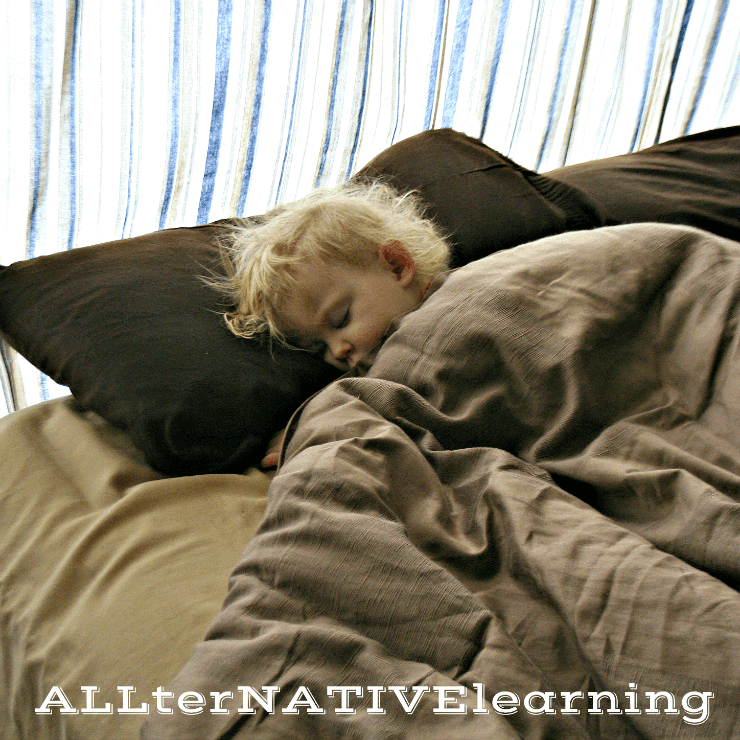 The Joys of Bed Sharing

So now, I am that crazy lady with a toddler in her bed.

Up until this point, bed sharing is not one of those things I have ever talked about. It’s because I personally have always been afraid someone would feel that I judge them for their choices and then I would feel judged because they felt like I was putting my child in danger. But in the end, I now realize that it really works for my family. I also know that it really doesn’t work for some and I completely respect that.

Edited// As of December 2014, we joyfully welcomed another little person into our bed. While all the same rules are in place, now we have the added pleasure of having a baby and a toddler in bed with us. While we have tried adding a side-car mattress for the toddler, most days she chooses to stay in the bed with us.

What worked for your family to help your child(ren) sleep?