I planned and planned for my first born. I researched everything and made sure I had everything lined up for her. Like every first time and expectant mom, I was sure of myself and ready to give birth. I spent 12 weeks going through the Bradley Method to know how to labor and have a natural delivery, and I was ready to take on the world of motherhood. However, getting into a sudden car accident, find out I had a frank breech baby, and changing doctors at 38 weeks was not on my radar. And though I did absolutely everything I could to have a natural birth, there are several things I have learned from having a cesarean, and even some things I have learned about myself. 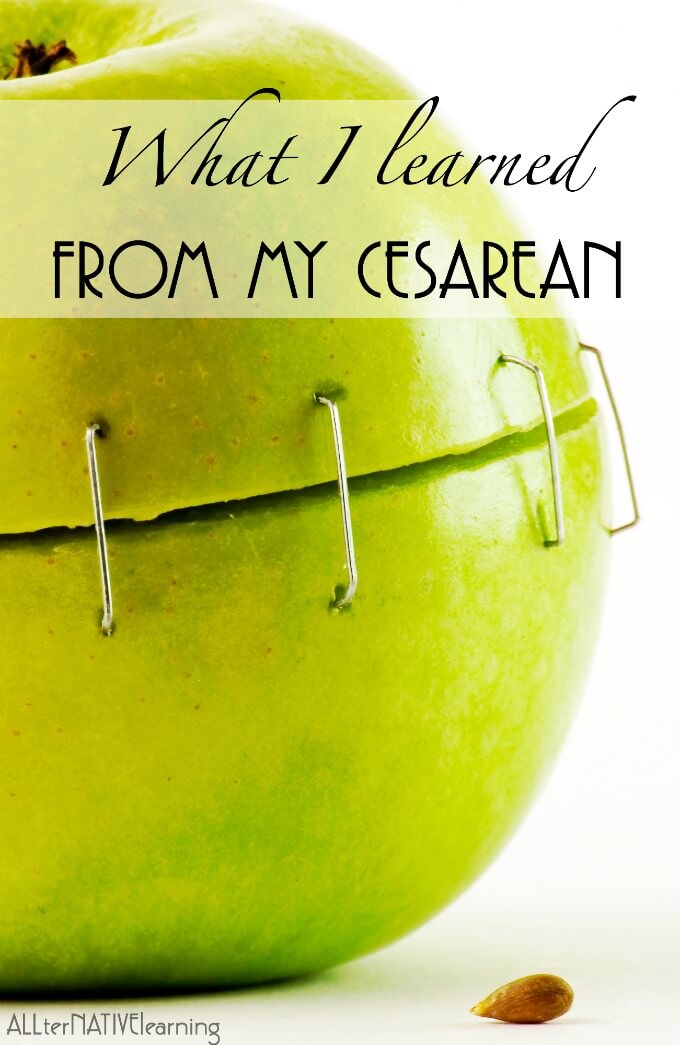 Being a perfectionist and very type-A, I was sure that I not only had everything covered, but that nothing could possibly go any way other than according to plan. I know I was maybe a bit unrealistic, but in the end, while I would never wish for another cesarean, there are so many things I have learned and so many ways I have grown after having my c-section.

How I changed and what I learned after a cesarean

There is a part of my soul that feels a deep emptiness.

I have had to do some major growing as a person after having my first daughter. When she was born the nurses whisked her away as if she was not even my own. Without a look or even a glance, I didn’t get to see or touch my daughter in her first moments of life. I very, very vividly remember those moments and that intense sadness I felt. And in time, while I still feel it, I have learned to embrace the now. I cannot control the actions of others, I cannot control if my baby was breech, and I cannot control every minute detail. So daily, I give up the details and hold on to the precious moments I do have.

I hope for the best, but plan for the worst.

I was able to switch to the only doctor in the state willing to deliver a frank breech baby. I was able to labor at home until I entered transition. I was able to walk into the hospital fully effaced and 8cm dilated. But in the end, I was the freak show, not ordinary birth, and therefore I stalled out. I planned for it. Just in case. And whereas my motto is “don’t give yourself another option”, I knew that if something else happened and I hadn’t planned for it, I would have been even more utterly devastated. And to this day I find myself behaving this way. I want to be idealistic, but I plan for catastrophic. (And just pray catastrophic never happens).

I realized my true strength of mind and determination

Before I had my c-section it was almost a source of pride for me that I would have a natural birth. It would be something to show myself that I wasn’t weak. I thought scheduling my cesarean would mean I was just giving up, letting myself be broken. But I came to realize that in many cases, it takes just as strong of a woman to have a c-section as it does natural birth. The recovery is harder, the emotions associated are gut wrenching, and it’s simply no easy feat.

I am scarred, but not broken.

My cesarean for a long time was just a sign of how broke  I was. I have tried to rise up and overcome those feelings. In the end, I have found that I am just scarred. Marked by the makings of being a mom and that even though the scar is a symbol of pain, it’s also a symbol of hope. It’s not an open wound, it’s a healed incision. Motherhood is beautiful and even the stories of how we become mothers is, despite how we may feel about them. Because, those babies… those beautiful babies.

It created a voice of awareness in me.

I “knew” about c-sections before. My mom had one for my brother and scheduled one for me. And I had learned about cesareans in my Bradley Method class and how they can be harmful to baby because of medication and to the breastfeeding relationship and that baby doesn’t get the same flora as when born vaginally.  So yeah, I “knew” about them.

Sitting in a room discussing the range of outcomes with my rock-star doctor, I learned a lot about what could happen. He told me I didn’t want to schedule a cesarean regardless, that an emergency c-section was almost always a better route, leading to better recovery, less exposure for baby, and better recovery times. I did not know that having a cesarean meant increased risk of complication even with getting pregnant again. I didn’t know that even one increases the risk of cancer, I didn’t really know that having one doesn’t mean that all future births have to be, I didn’t know that scar tissue is a very real concern for the health of many cesarean moms. I didn’t know cesarean rates were on the rise in the US.

In the end, I came out understanding just how blessed I was to have switched to an old school doctor — one who was trained to deliver many variations of normal birth, including breech. That he gave me all the facts without sugar coating them, allowed me to labor, and shook my hand the morning after my cesarean to let me know I was not weak or a wimp and that I would have a VBAC.

So the greatest thing I learned from my cesarean is that great care from doctors, nurses, and other providers is a true necessity.

My doctor retired a year later. I had mentioned to my husband the day after the birth of my first that if he left practice before #2 I wanted a home birth since everything went so seamlessly at home. I was able to have the VBAC I desired at home with a midwife in December 2014.