The absolute toughest day of kindergarten for Jenn yet was the day she came home after someone proudly declared “Santa is not real!”

…and that someone was her.

My heart melted and sank to the teeny tips of my toes when Ms. Kinsington started telling me about how 19 students almost lost their minds and sense of holiday magic.

The whole evening I struggled with exactly what to say.
I mulled over the letter home, re-hashed the conversation in my mind, and was tormented by every side of the situation.

For weeks, months, and even years we had been prepping for these moments. Some of the most difficult being the times when an adult thinks since Jenn is a kid, she should believe in Santa. We’ve tried to teach her to be politely excited and amused rather than resorting to something along the lines of a disinterested know-it-all. 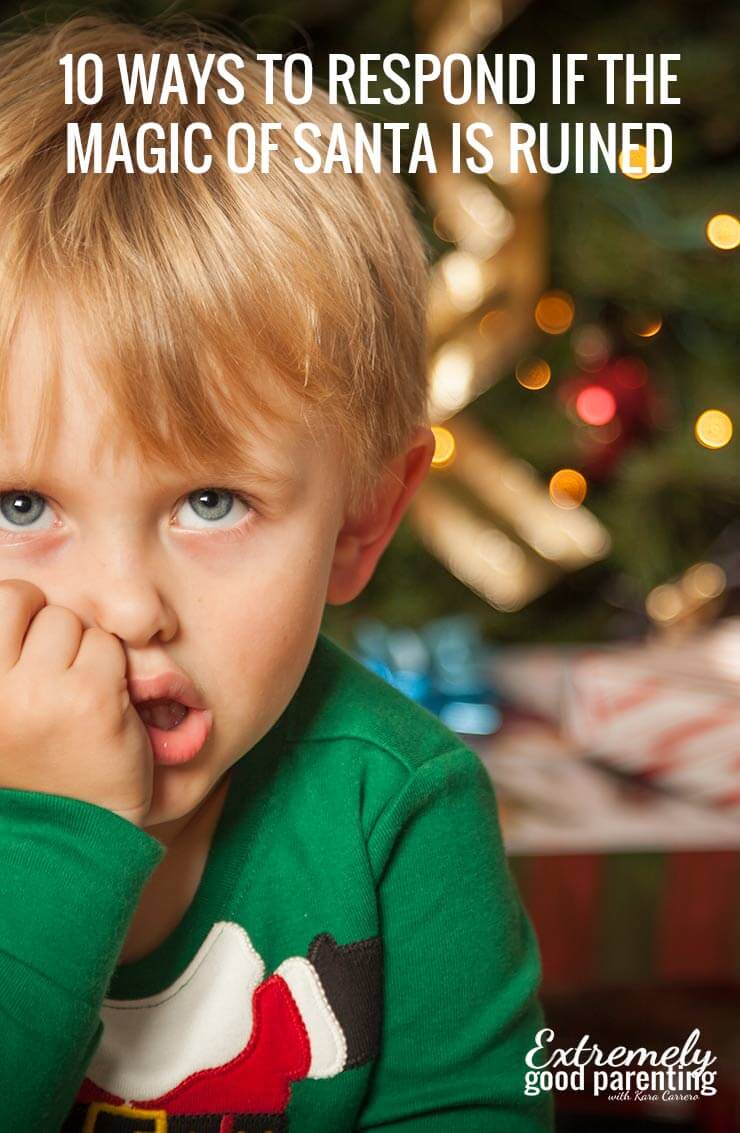 We have discussed how Saint Nick is a real person (so honestly, thank goodness she didn’t declare Santa was dead. Because that could have very easily been my reality). We have talked about even the idea that people sharing gifts is like everyone being a Santa in a way. And really and truly I never went anti-Santa and declared that he was nonexistent. Just that reindeer can’t fly.

Equipped with this information, she had been playing along nicely even in class as they discussed Christmas. After some prodding that night I got her to open up about what happened from her own perspective. And that’s when I discovered it all came screeching to a halt when her teacher, a.k.a her hero and favorite adult on earth, told the kids that Santa visited the Kinsington home each Christmas too.

Horror ran through Jenn as she knew that was false. How could Santa visit her teacher’s house if he wasn’t real?! In a kneejerk reaction, she stood for what she knew to be true. And instead of feeling empowered in her effort to stand for truth, she found herself floundering in confusion.

“If my teacher lied about this, can I trust everything she says?”
“If I am Christian and believe in God just like some of my classmates, but they believe in Santa, then who is right?”
“What can I know is true and not some special secret only some kids are in on?”

While the questions are ones my daughter came home struggling with, they are obviously a bit more clearly articulated by me. But… yeah, what about those things? What about faith and fearlessness to stand for what is right? What about those black and white values she held so near and dear to be blurred to gray at the tender age of five?

It was a sticky situation where I am sure the teacher internally was running miles away as she undoubtedly heard Jenn in slow motion say “Saaaaannntaaaaa iiisnnn’t REEAAAALLLL” and a quick vision of angry parents flashed before her eyes.

What was most important to me is knowing that Jenn was not trying to hurt anyone, just attempting to be honest.

Therefore, Chris and I assured her that first and foremost we were proud of her for taking a stand for the sake of truth, and that we will always defend her in her quest to defend her beliefs and convictions. But secondary to that, we encouraged her to respect the authority of her teacher and to love her friends enough to play along and allow their parents to share with them that reindeer don’t fly and Santa doesn’t slide down their chimney in their time.

I am sure it will be a topic we discuss over and over again this season and with all of our kids each year and we learned a lot more about how to approach the topic of Santa not being real in the process.

Read about our 4 gift rule alternative!

How to encourage the child who doesn’t believe in Santa

For young children, they think very matter-of-factly. There is or there is not. And they process things differently than adults. Especially if a child is younger than 8 or 9, it’s important to point out that they can’t understand the difference between saying “Santa isn’t real” and “I don’t believe in Santa Claus”.

To a young and developing mind, it’s the same message. To an adult, one might have a bit more sensitive and respectful.

So age and maturity matter when approaching the subject. Obviously, a teenager simply ruining Christmas for a younger child is a much different scenario than a kind-hearted young kid simply expressing something a point of view. [color-box]

No matter if you choose to teach your children to believe in Santa Claus or find some other way to explain his appearance in pop culture, remember that is it NOT about ruining Santa Claus or spoiling the magic of Christmas.

It’s a magical holiday by its own right. Glowing Christmas lights, crisp air, faint sounds of jingle bells, and an aroma of cinnamon and cedar. All of it points to an explosion of the senses and something truly magical and wonderful even without flying reindeer or jolly men sliding down our chimneys.

And that’s something we can celebrate.

**Please also note, we’re thrilled with our school and absolutely adore our teacher. Also, as a former educator, I understand tough circumstances happen all the time. And people on every side get hurt. So there are no hard feelings with anyone, just hard conversations.

The image below is a preview. The full chart spells out “RESET” and is for both parties involved in inputflict. Simply imput your email address to have an instant download in your inbox! 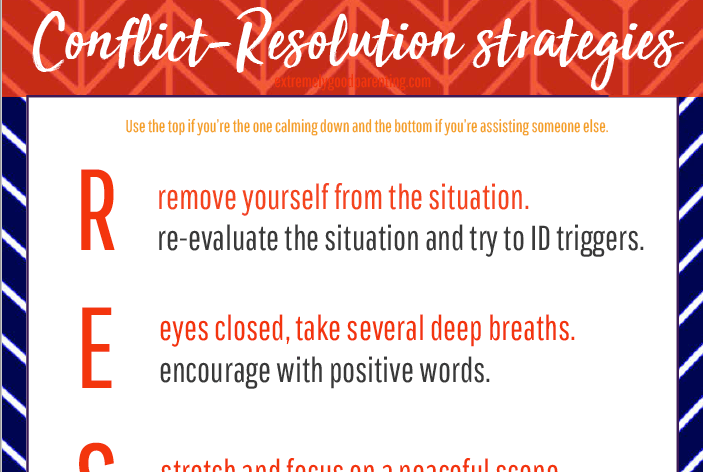