This past week I started letting my toddler be a part of family decision making… and dare I say it, we also let her make parenting decisions. I began asking for her input in certain situations and the responses I have gotten have been insightful and enlightening. Not only does it show me that she is problem solving situations, it also shows me that she is looking out for the well-being of the family. Including her in decision-making has been an eye-opening “experiment” that I now feel like every toddler should experience. 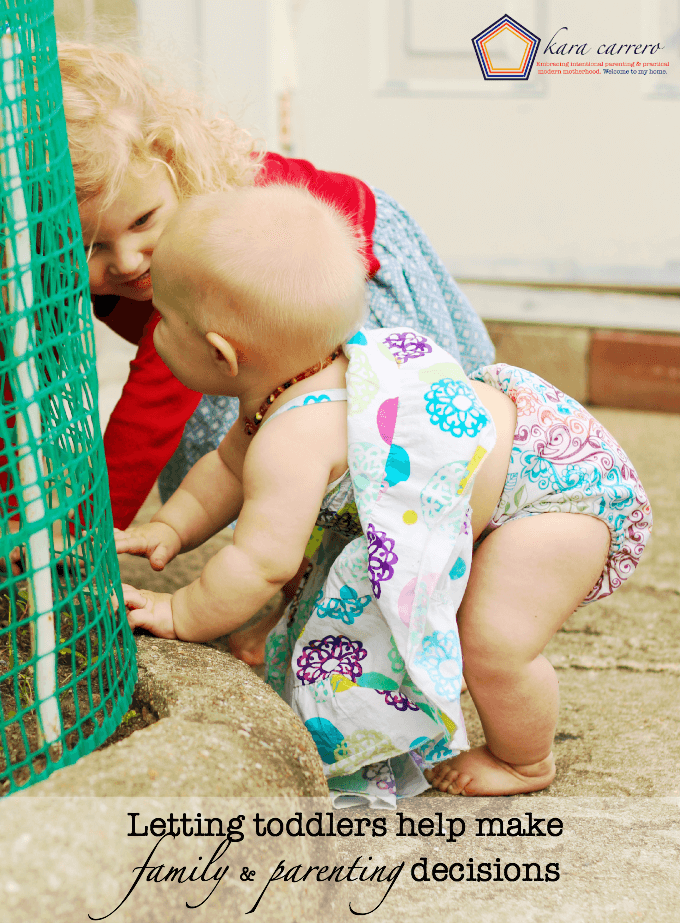 While we have always included her in the plans for the day and let her exercise her independence, we have actually started letting her call the shots on occasion. For instance, this past weekend when she very clearly and calmly let us know that she did not want to go home, we asked her where she wanted to go and gave her the option of going somewhere else before we headed home. We gave her the choice to make a pit stop somewhere.

We also encountered a moment a couple of weeks ago where her baby sister was crawling up to electrical outlets and wanting to touch them. I tried diverting baby’s attention, but nothing was keeping her from coming back to the outlet (and actually I was ok with this because I was working on repeating the same step of diverting her attention to hopefully teach her through repetition). My toddler very started crying and said “I don’t want my baby sister to get hurt! Maybe we can get her a toy to play with instead!”

This moment showed me a glimpse into her mental and emotional state.
She very clearly understood what would happen if her sister touched an outlet.
She also understood that a toy might be a good distraction for her sister.
And she came to me, giving me a viable option to help solve the problem.

So in that moment I realized it was ok to involve and let toddlers be a part of family decision making and even involve them in the parenting process.

I might be crazy, and that’s ok, but what I know for sure is that sometimes my almost three year old has some great ideas on how to raise her baby sister. She has taken initiative and responsibility to help make sure her sister is ok emotionally, physically, and mentally. And that is part of being a family. 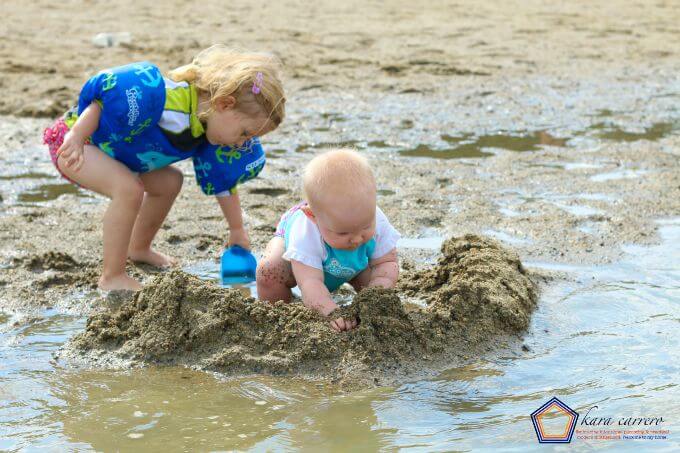 Please read my disclosure for more information about our privacy policy, affiliate sales, and other legal information. Get the weekly newsletter!

Full of tips, resources, printables, mini-series, & more for the whole family. All at no cost to you. Strengthen the whole family & make meaningful connections when your kids are young!

It's about being intentional, but sometimes with younger kids that's hard.
Includes not only ways to connect, but family resources as a whole!

​Get the downloads plus weekly news.

x
We use cookies & use affiliate links to earn from qualifying purchases. Get info