Dozens of posts fill my feed. Dozens of my friends saying the same thing. “If all the women – and men – who have been sexually harassed or assaulted wrote “Me too.” as a status, we might give people a sense of the magnitude of the problem.”

And knowing very few women who haven’t experienced some form of sexual harassment, abuse, or assault, raising my two girls makes me wonder what I can do to protect them and what I can do to raise my son to not participate in this behavior or condone others that do.

Likewise, I see parents voicing concerns of being afraid their daughters will become another statistic and their sons will learn from a society and culture that stays silent and turns the other way when they or a friend does something inappropriate.

So how do we fight this?
How do we make a change and not let this just be a fruitless movement? 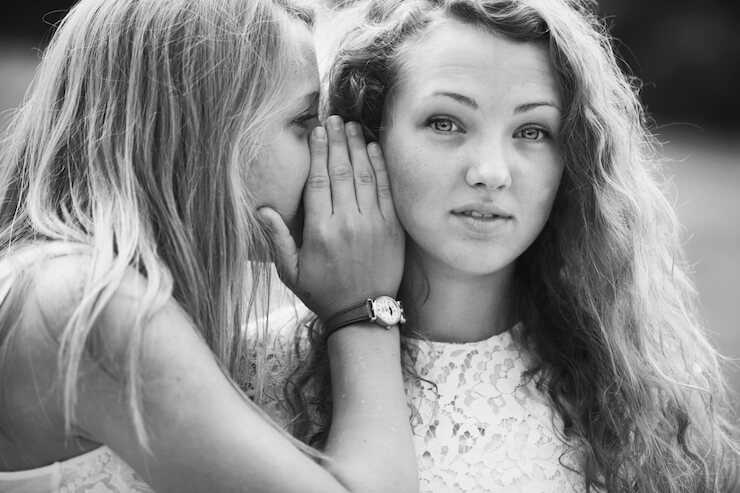 Will sexual harassment ever be eliminated?

As a mother of two girls, I hope so. As the mother of a son, I pray daily he will learn to be a leader and that he will show love and compassion to others. I hope all three learn to use their voice and not manipulate, use, or abuse the people around them. So I obviously hope for an ideal world, but know to make a dent in this issue, it starts now.

Abuse, assault, and harassment start in the core of who we are.

They are predominantly learned behaviors.

So as humans, we all feel a whole range of emotions including anger, rage, love, and even lust; therefore teaching our children to appropriately deal with these is paramount.

Research suggests violence is a learned behavior so our best chance is in the home, modeling healthy outlets to our most basic feelings and teaching respect, love, and compassion to both our boys and our girls.

How can sexual harassment and assualt be prevented?

As a teacher, I saw boys perpetuating inappropriate behaviors because no one stopped them. Issues were swept under the rug, ignored, and sometimes even condoned. I saw girls afraid to speak out because of this. And I saw teens of both genders making decisions based on precedence rather than doing what was right.

Be a voice when everyone else chooses to stay silent

What is important about the me too movement is that it’s breaking the stigma along with the silence.

So let’s keep the momentum going by raising our kids to stand up in moments of injustice, whatever they may be and give them a voice when it’s easier to stay quiet.

Stand behind those who speak up, not in front of them

But beyond just giving everyone a voice during injustice, we need to raise our kids to rally behind those who speak up instead of hearing and forgetting. When someone takes a stand, it’s important for our children to learn to be an advocate and not a barrier.

When a friend confides in them, they should be quick to not assume something outside of what they hear and then they should learn to evalute the situation and story in an educated way to come to their own conclusions.

Yes, sometimes people lie. And yes sometimes epople are too quick to stand behind something without giving it second thought.

It’s a fine line that we should be teaching our kids and modeling for them. That we listen. We ask questions. And we do our best to do what’s right to handle the situation. So when our kids get in trouble, we listen to them without bringing our own emotion and assumptions into it and follow up with questions to help us understand.

Our children will see this model and use it too.

Create boundaries with others… actions and words both matter

Teach kids to respect each other and to recognize where the line is that they shouldn’t cross.

It’s important that they learn boundaries first with their siblings and family, know how to use their words effectively, and feel comfortable voicing where their own boundaries are.

Let’s raise our kids to live up to the consequences of their actions.

As young as the toddler years we can help our kids understand natural rewards and natural consequences.

This creates an environment that our children learn that not only do they have to be responsible for themselves but that when they see and hear of wrong-doing among friends, they are the voice that calls for justice.

Use hashtags #MeToo #ButNotThem on social media and share this post to help other parents make a positive change.

Read two more ways we can empower kids in their bodies to end sexual abuse. 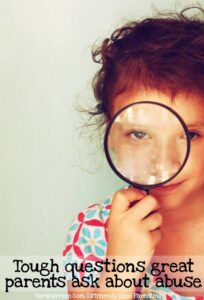 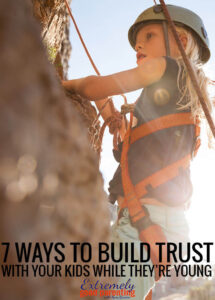 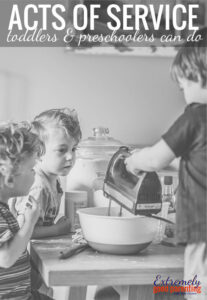