I’m going to be vulnerable with you.

And ultimately, I am writing it because I genuinely hope you read it.

I hope you’re not too afraid to open it.

Lord knows you probably are. I know that after scrolling through hundreds of articles, re-shares of the news story, and thousands of comments, all I have seen is hate directed at you. And I will probably ensue my own hate mail, but I believe this is worth writing to you.

So I want to extend an invitation of mercy to you.

Do I love animals and do I feel incredibly saddened by the death of Harambe? Yes. A million times yes. He was a beautiful and majestic creature and an animal on the endangered species list. And truth be told, you know that. And you probably are just as saddened as so many others are that his life was taken. But that was not your choice. And that is not on you.

I also know that as a mother of two and now almost 3 kids, they can slip away in a single instant. They dart between clothing racks, climb to the tops of trees, and seemingly disappear even when we’re trying to pay attention and juggle life in general.

I have seen death threats and horrible things said about you. But I know that even the best parents have lost their children. They have lost them in public and it could have been any one of those people calling “neglect” to have had the exact same thing happen to them. It’s just, they lose their kids in the supermarket, at parades, at crowded malls, and even airports.

And in every one of those instances it’s about saving the child.

Your child’s life was worth saving just like theirs and the full reality of the situation is that you cannot change how it happened or where it happened.

And ultimately there was a failure from every angle.

I, and the rest of the world, will never fully understand why death trumped tranquilization. And your child should never have been able to get inside to begin with! The fact that a child under the age of five could effectively breach an enclosure meant to keep a 400 pound gorilla and ourselves separate completely baffles me.

And I am sure it was a horrifying reality to turn and in a split second realize that your child was now on the other side of the looking glass.

Of course if you would have leashed your kid like some people suggested (probably the same people that would find it abhorrent that children would ever be treated like animals, but that’s beside the point) or if you would have kept a closer eye on him, it would not have happened. But accidents happen and you’re human, just like the rest of us.

It’s easy to point fingers from behind a keyboard.

And it’s easy to forget that, again, you are not the only party involved.

It’s also easy to forget that you’re human, that you’re imperfect, and that you’re a mom just trying to do the best for your kids like the rest of us.

In days and weeks, many will forget. They will forget your story and move on to the next sensationalized news article. They think they’re gorilla activists, but they’re just part of a mob. An angry mob that wants justice for a beautiful animal that unnecessarily died.

I hope that you can rise above the comments. That you can become an activist for creating safer zoo environments for both our children and for the animals and that you can raise awareness of the need to respect the space of animals and wildlife. That you can even speak to local schools about zoo safety before their next field trip.

Because I believe good and great can come from tragic.

So I weep the death of Harambe, but I also celebrate the life of your son. And I know that few have said that in the wake of the chaos. We fight for kids and their lives worldwide and just because a gorilla was involved in your story, doesn’t make him less worthy to fight for.

I wish there were easy answers for you and for your family and I know this incident will haunt you for the rest of your life. But I pray you find peace, that you rise above the hate and don’t fall victim to the world’s sharp tongue, and that your family will survive the weeks that seem like you are in the spotlight.

And I only wish you the best,

Editor’s Notes: This letter is to the mother as a statement of mercy and encouragement through the hate that is being thrown at her. It is not a decree as to whether she is or is not at fault, it is not about whether she is responsible or not, and has nothing to do with whether she she be held liable.

Comments are moderated and all viewpoints are accepted; however, language, harassment, etc. are not. 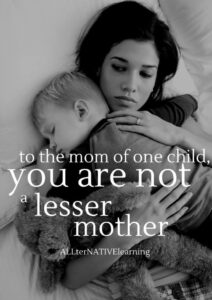 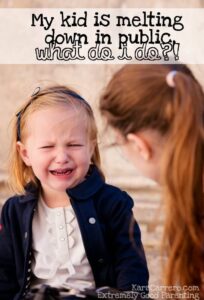 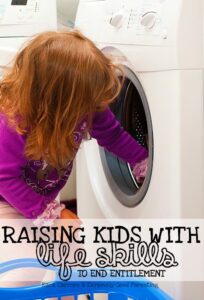